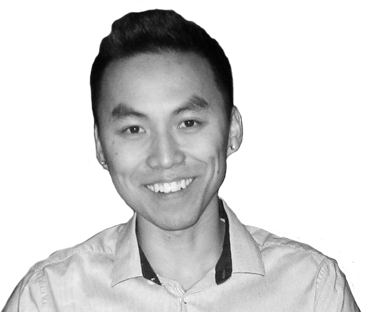 Front End Developer
If i'm not at work or at home please call the morgue or local authorities.

Chris Lee is an alumnus of Michigan State University. Graduating in 2007, his degree is in Telecommunication, Information Systems, and New Media. Originally from Michigan, Chris Lee has been building a career in the interactive industry for over 10 years. He was fortunate he had an early start. As a precocious web developer, his passion started developing websites at the early age of 13. His first website was hand coded as well.

Since then, Chris has been an active member of the North Texas Drupal Community. He has attended various Drupal Conferences and spoke at them as well. In the past, Chris has spoke at Dallas Drupal Days, Refresh Detroit, and Arbcamp. He has also been mentioned in Smashing Magazine, an e-zine dedicated to spotlighting design and development trends, for one of the top porfolio websites examples out there.

In his spare time, he likes to participate in weight lifting, photography, table tennis, yelping, cooking, gardening, watching sports and television shows and traveling with his girlfriend.

Jan 14, 2013Chris LeeBusinessComments
It's already mid-January and resolutions are being broken. Instead of getting frustrated, take some action to hold yourself accountable. Whether they are fitness goals, business goals or life goals,...
END_OF_DOCUMENT_TOKEN_TO_BE_REPLACED

Dec 13, 2012Chris LeeLevelTenComments
This past summer, a colleague of mine Tonya wrote a blog post about her first week at LevelTen. This has inspired me to write a blog about my first three months with the company. First let me mention...
END_OF_DOCUMENT_TOKEN_TO_BE_REPLACED