I try to always start any blog post with a pretentious-sounding quote, so let's go with:
"The journey of a thousand miles begins with a single step"
Lao-tzu, The Way of Lao-tzu
The Way of Taoism
600 BCE

A 2600 year old quote- now that's pompous! But also semi-relevant. Drupal isn't easy to learn, but it is learnable- one step at a time.

I recently presented a session at a DrupalCamp on "Learning Drupal - Surviving the Drupal Learning Cliff" and I thought I'd break that session up into a few blog posts. My focus was helping beginning Drupal users, sitebuilders, developers and themers locate the wealth of Drupal information available both online and in meatspace. Some initial considerations on how to go about individualized Drupal learning:

What Can Drupal Do?

The first thing any beginner Drupaler should learn is what can be done with Drupal. See who is using Drupal and what they are doing with it. Get some inspiration. But where? 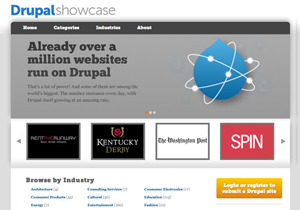 Once you've seen what can be done with Drupal, you are probably itching to try your hand at creating a beautiful website. Installing Drupal isn't trivial, but fortunately there's a better option to get started. 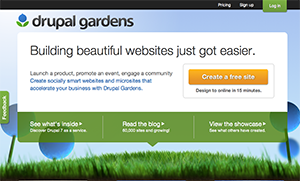 The easiest way to create your first Drupal site is with Drupal Gardens, a free (well, fremium) hosted Drupal 7 sitebuilding and management place for your Drupal website. There's nothing to install, so create a free account, choose the website features you want, pick a theme, and let Drupal Gardens generate your new Drupal 7 site. You manage it just like any other Drupal website. You can let Drupal Gardens host it, or download it and put it on another server. You can't hurt anything- just play around and see what you can do.

Did you know that there is a Drupal Users Group near you? Probably, and depends on what you consider nearby. LevelTen hosts the Dallas Drupal group, with monthly sessions for both beginning and experienced Drupal users, themers and developers. We draw Drupalers from the local DFW area and for 150 miles around. Live in Malaga, Spain? There's a group for you. Long Island? Ghana? We gotcha covered. Two places to look for local Drupal users groups are groups.drupal.org and Meetup. Groups has more user groups listed, but Meetup has a better feature set for managing users and meetups. Some groups, like Dallas use both. You don't have to limit yourself to just Drupal user groups- Meetup tracks many other interesting and relevant groups- just in Dallas alone we have Results Oriented Web DFW, Dallas Interactive Marketing & SEO / SEM, Dallas PHP, DFW Apache LAMP Group and a hundred more. Go expand your horizons!

How about 1-3 full days of concentrated Drupal learning and networking with hundreds (sometimes thousands!) of Drupalers including some top-name Drupal luminaries, all for somewhere between $0-$50 ? It's called a DrupalCamp and one is probably happening around you soon. We've put on three community-centric Dallas DrupalCamps and I've been to a dozen more, all over the country. They have all been great- and user groups everywhere work hard and lose money putting them together, just for the sake of the community. You've got to go to one, and even help organize it or at least volunteer if you can. BuildAModule.com keeps the most updated and accurate list of DrupalCamps so check it out.

Drupal Learning Curve too Steep for the Weak

The Brick Wall of Learning Drupal

7 Ways to Scale the Learning Brick Wall of Drupal