Could The Next Mobile Phone Be Crowdfunded?

What if you could play a part in the delivery of the market's next mobile phone? That's exactly what Ubuntu is hoping you'll do. Earlier this week the open source software company added their latest project, Ubuntu Edge, to the crowdfunding site Indiegogo. Within a matter of hours the project had received over a million dollars in backing.

Ubuntu looks to use crowdfunding as a consumer test bed for putting out new products. Instead of mass producing hardware that may or may not go over with the public, crowdfunding puts the future of innovation in the consumer's hands. This is a powerful approach for concept devices. 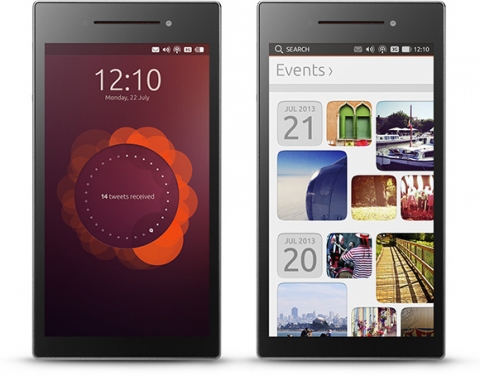 About the Ubuntu Edge

The driving idea behind the Ubuntu Edge is its ability to seamlessly converge mobile and desktop strengths. If produced, the device would boast the fastest multicore processor in the market, 4GB of RAM, and 128GB of storage. Its dual LTE antennas would equip users with powerful connection in a wide range of locations.

The phone's body would be made of textured metal. The screen, which has decidedly been set to be 4.5 inches, will be contrived of sapphire crystal instead of glass. This kind of crystal is stronger and more resilient to scratches than glass.

how did it gain so much backing so quickly?

While all of the specs are impressive, I wonder what has caused such an influx of potential consumer backing? Is it the large goal - $32 million, and short deadline - 30 days? Is it that the Ubuntu Edge is so groundbreaking that people can't stand the thought of it never existing? Or is it something else entirely?

My greatest guess for the Ubuntu Edge's quick fundraising success is in the company's ability to appeal to its target audience. Throughout the video and copy on the product's page, there seems to be a driving message - the development of this device will get us to the future of mobile phones faster.

What could be a more appealing idea to the tech loving, forward thinking, mobile geek? Add the exclusivity that will come with being one of the founding few who received the phone and contributed to its existence, and now you've got a recipe for crowdfunding success!

If this is the case, then I say, Bravo to the marketing team at Ubuntu! And I wish the project all the best.

Do you think the Ubuntu Edge will be revolutionary in how we produce mobile phones? Let us know in the comments below!

8 Signs You're Too Attached To Your Mobile Phone

Why Incorporating Mobile Into Your Organization is Necessary

The Mobile vs. Responsive Show Down

Designing for Mobile First, Not Last