Getting a HUG in Houston: The Value of Being Unique in Inbound Marketing

Last Thursday, I attended the Houston HUG (HubSpot User Group) meeting presented by Lyntonweb, due to the fact that I fit their profile perfectly: a) I was interested in Hubspot, and b) I enjoy Chick-fil-A. And in doing so, my foundational beliefs about how to be successful at internet marketing were thoroughly reinforced.

The speakers were the executive internet marketing team for HCSS, which is a SaaS provider for the construction industry and a Hubspot award winning company. Their sales have increased substantially over the past several years, and their team has grown from just 6 people to 20. (How about that for job security? Three years ago, their #6 guy was one bad quarter away from the unemployment line, and now he’s managing an entire team!)

Their results were no doubt incredible. But what left an indelible impression on me was their approach to internet marketing; their willingness and even insistence on taking an entirely different approach to internet marketing. Never once did they talk about “what their competition was doing” or “what they read in a book somewhere.” They took good old common sense, added a strong desire to connect with their customers in a meaningful way, and integrated it in a digital environment.

My philosophy is pretty simple when it comes to internet marketing: you either have to be early, or be different. Many years ago, we had some clients who were lapband doctors, and we were hugely successful at marketing them on the internet. It was a new technology at the time and there wasn’t much out there on the subject, so the results we got were astounding. Several years later, however, when we used many of the same tactics on an insurance client of ours, we were barely able to move the needle. Content-filled insurance websites had proliferated across the web, so it was terribly difficult to get real world results with a modest budget.

Unfortunately, the “be early” train has pretty much left the station for nearly all industries. So that leaves “being different” as your best bet.

The problem is we live in a copy-cat world. Too often clients come to us and just want to mimic what they saw work somewhere else. And for centuries, if not millennia, that was the correct approach: see what other people have figured out before you, and then do it better.

One thing we learned is that AB has a deliberate policy against innovation. Obviously, that’s not what you might think a person ought to learn in business school, or any school for that matter. But despite seeming counter-intuitive, that was the policy of the largest beer producer in the world. AB decided long ago that they would not ever invent a new product. Rather, they would wait for someone else to develop it. If the idea was successful, AB would copy the product and beat their competition through other facets of the business, such as production and marketing.

The most famous example we studied was Miller Lite. Miller got a huge jump on AB in this market, as AB assumed there was no market for a “sissy” light beer. But once the market was firmly established, AB was able to overtake the industry innovator through shrewd marketing and economies of scale. (Did you know that Natural Light was actually AB’s first attempt at marketing a light beer? Yours truly just happens to think they got it right the first time.)

But beer isn’t the only industry where copycatters come out ahead. If you’re a fan of sports (go Texans!), you’ll often hear commentators talk about the NFL or MLB as “copycat leagues,” with struggling teams adopting whichever strategy is working for the season leaders.

Of course, this is how we are programmed as human beings: as a group, we are naturally risk-averse and prefer to play it safe. In the business world, this is often expressed as “You don’t get fired for buying IBM.” And in marketing, there is perceived safety in copying what someone else has done that has already worked.

But when it comes to internet marketing, there’s a problem with the copycat approach: it does not work.

Why? First, we all know that the top 3 listings in Google organic search get the majority of the clicks, so focusing all your inbound marketing energy on pure SEO is kind of a sucker’s game. If you’re not in the top 3, then no matter how much effort you put into your SEO, it won’t get you the kind of results you’re looking for. If a competitor started using legitimate SEO practices earlier than your company, beating them on a consistent basis will be a monumental challenge.

Second, the interweb is fickle. Take two very similar ideas and one will be a big hit, while the other is a complete flop. And if you’re copying someone else, the omniscient interweb will sniff it out quickly. 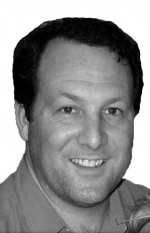 About the Author
In 2015, Matt joined LevelTen Interactive to help us focus on growing our agency and reaching new markets. In 2016, he moved to Houston, TX and orchestrated the opening of our Houston brand office, where he works in business development and account management. END_OF_DOCUMENT_TOKEN_TO_BE_REPLACED

Last Chance to Register for the Houston Digital Marketing Summit

Guerrilla Marketing is about Being Unique

What is Inbound Marketing? Learn the Basic Methodology

Inbound Marketing - Doesn't Seem To Be Slowing Down