Will Google Glass Ever Be Released?

I had an encounter with Google Glass at a networking event recently. A fellow attendee had been selected as an early beta tester to purchase one of the devices, and was kind enough to let me try it out. I was more impressed with the product than I thought I would be, despite feeling a bit bumbleheaded trying to work the new technology. After I had tinkered with Glass for a bit, I began to wonder when it would be released to the general public. 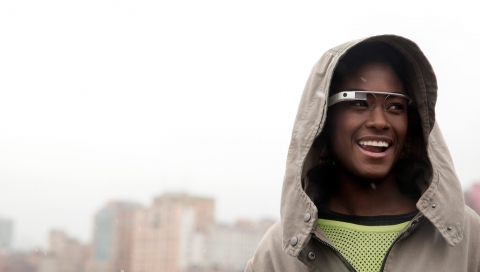 According to its Google Plus page, Glass is a project created to "build technology that's seamless, beautiful, and empowering". Early testing for Glass began in April 2012, though there were whispers about the product months beforehand. It's constantly being reported on through social media and personal blogs across the Internet, yet Glass has only been offered to a select few.

Starting earlier this year, those vying for a chance to be a beta tester of the product were able to put their hat into the ring by posting via social media. Those chosen for beta testing received the product after dropping a cool $1,500 and whatever it cost to make the trip out to San Francisco, Los Angeles, or New York to pick it up and receive training.

Despite over a year of testing,  lips are still sealed when it comes to the question of a release date for Glass. Is it wise to wait this long for mass availability?

is glass turning into vaporware?

why a delayed release could work

Even though Glass is a technology first, one could argue that it's a fashion statement second. It's even appeared on the runway at Fashion Week. But I think people are generally apprehensive of wearing anything that resembles glasses, and although the product's tagline is "Getting technology out of the way", I can't help but notice that Glass would put technology right in front of my face.

My point is that the beta release is a form of marketing to get people used to the idea of wearing Glass and seeing it on others. Making the product exclusive and having it appear coveted not only works to get users past the idea that they will essentially be wearing glasses, but it ingrains a status level associated with the product.

why it might be a bad idea to wait so long

Sometimes companies leak products on purpose, or even accidentally. Probably one of the more famous "accidental leak" examples would be the iPhone 4. Recall when the prototype was left at a bar, discovered, and appeared all over the Internet shortly after? While early announcements and accidental leaks are helpful to amp up potential consumers, it's rare that companies will wait years to release. Apply typically releases its products soon after they are announced.

Could the late and unannounced release of Glass cause people to lose interest? More likely, will a similar, more refined product hit the market shortly after Glasses' release? I personally think the company is taking a risk by allowing beta testing to go on for such an extended period of time. There comes a point in developing a product where you just have to ship it, and then improve it in version 2.

What do you think about Google delaying the release of Glass? Share your thoughts in the comments below!

Google Analytics and Google Spreadsheets: Create Your Own Dashboard

Everything You Need to Know About New and Current Google Penalties

Here's Why You Shouldn't Care About Any Search Engine but Google

Redesign Your Site: Why Is Migration So Complex?
Marketing Your Brand Through User Experience
Adventures from the Road: The Journey Begins
How to Increase Your Business's Instagram Engagement
Easy On-Page SEO Tips That Will Increase Your Website's Rankings
State of Search: Conference Recap