Top 3 Lifestreaming Tools that are Ready for Prime Time

I'm often asked the question, "What do you think the next Twitter is going to be?" Until very recently my usual answer was to mention FriendFeed, due to it's powerful aggregation offerings. 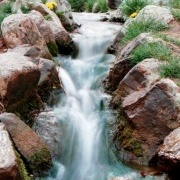 But now that I've been using Social Media for marketing and personal use for many years, and due to a fast developing love affair with Posterous, I'm changing my stance. I still think FriendFeed will be a major player in the months and years to come, I just don't think the next Twitter will be a single platform. The "next Twitter" so to speak, is going to be the platform that can be the best at providing Lifestreaming services. Lifestreaming, more so than microblogging, is a way of thinking - it's a strategy rather than a tactic. And given Steve Rubel's recent decision to kill his blog and switch to a Lifestreaming format, you're probably going to see this more often. The fact is, for even a casual Social Media user, there are just too many different services to keep up with, so an aggregation & cross-posting platform becomes necessary. Whoever can do this the best, is likely to come out ahead. Here are some of my favorites: 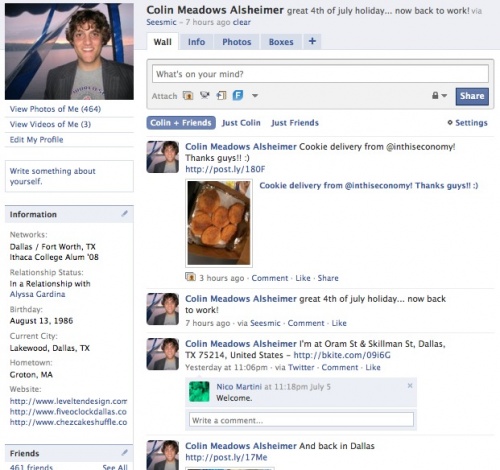 Facebook is not a new service. In fact, it's headed into it's sixth year of existence, with some already saying the social networking platform is in it's adolescence. Traditionally a closed network, Facebook is taking major steps towards becoming an open network, much like Twitter. Currently, you can tie in a nice selection of other social media networks, from BrightKite to Twitter and more, but it's not always perfect. If Facebook can make the switch to a completely open network, and get better at integrating 3rd party APIs, they may be the ones to beat. 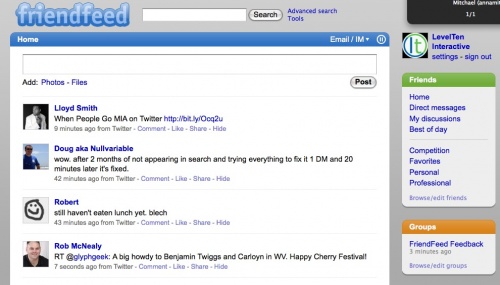 FriendFeed WAS my pick to eventually replace, or severely cut into Twitter's dominance. And I still believe it can go far. FriendFeed lets you tie together the most 3rd party Social Media services of any platform on this list. The service is easy to use, and incredibly powerful. The only major problem with FriendFeed that I can see is that it's user interface is almost TOO Twitter-like, and I think a lot of people will quickly write the service off as another Twitter clone. 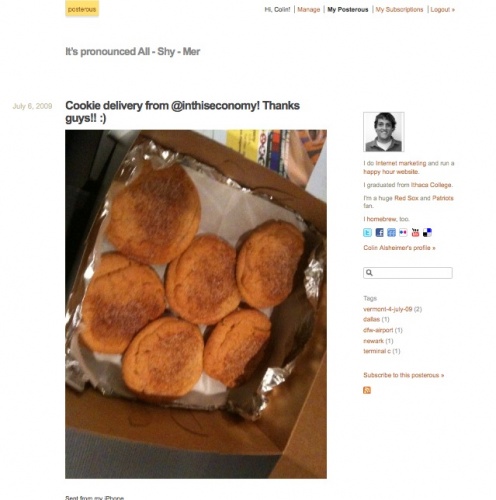 Posterous is the dark horse here. It's not as old as either FriendFeed or Facebook, and doesn't have nearly the same user base, following, and mainstream press. But given the popularity of advanced smart phones that can take photos, videos, record voice and send e-mail - Posterous might have a slight edge over both Facebook and FriendFeed. When you set up a Posterous site (it's free, and allows for custom domains & Google Analytics tie-ins), you're given an e-mail address. You send just about any content you'd like as an e-mail, and it gets posted to your Posterous site. Currently, the site can handle doc, ppt, pdf, jpg, gif, png, mp3, avi and mpeg. Once posted to Posterous, you can turn on cross-posting to other social websites like Twitter, Facebook, Flickr and YouTube. Given the proper configuration, you can even have it post to your Wordpress blog. Posterous is dead simple to use, feature rich, and powerful. Combined with the rise of mobile media generation, I think Posterous has a shot to emerge as the winner in the upcoming Lifestreaming contest. Are you a Lifestreamer? Share your Lifestreaming outpost with a link in the comments! My Posterous LevelTen's FriendFeed

10 Web Project Tools / Tips That Save Time and Money

Are You Ready for ADA Compliance 2018?

Is Your Business Ready for Inbound Marketing?

Bing – Get Ready to Start Your Engines

Are You Ready for DrupalCon Denver?