This summer, LevelTen started the Web & Drupal Developer Internship program and we've brought on 3 up and coming developer interns! In today's post, we introduce you to Jerad Steward, and his experience and research with working in Higher Education Drupal websites:

Recently I had the opportunity to be paid to look at a number of sites, even though I do that for free on my own time. I obviously jumped on that offer and read through some case studies on why Universities and other higher education seem to gravitate towards Drupal as a solution to their website needs.

I looked to compare four schools that have case studies posted to drupal.org (d.o). I also have a bit of an inside scoop for UNT as I work there as a student doing Drupal development. That brings the list to 5, University of Minnesota (UMN), University of Oxford, Oklahoma State University (OSU), Stanford law, and of course University of North Texas (UNT).

The first thing I noticed was that 4 out of the 5 had explicitly stated that open source was a reason for selecting Drupal. Some contributed it to being cheaper than a proprietary while others liked the freedom it gave. I know that UNT uses it because it allows them to keep everything in-house, which allows a combination of both reasons mentioned. By specifically picking or developing each theme and module in the Drupal distribution they can give each site maintainer a cohesive unit with a well-defined workflow. Since minor sites do not have a dedicated developer, keeping the differences between these sites makes working through issue queues much easier.

Which brings us to the next point: it is easy to use a properly configured Drupal site. Once the school has found a configuration that works for them, they can develop guides one time and have it apply to each site they spin up. UMN, OSU, and UNT all wanted the content management side of things to be straightforward and hassle-free. I can't speak for the other 2, but UNT desires this because often the person who maintains the site has little experience with even using the web, let alone maintaining a website. The interface makes it more like using an office product and less like web development.

The schools obviously still want it to look good though. Thankfully, it is pretty easy. Out of the box, there are a ton of themes that use responsive frameworks and look good. Since it is all open source, they can easily pick a theme and start building a subtheme on top of it. UMN and Stanford built their theme off of Zen. UNT uses both bootstrap and foundation, depending on the distribution.

Towards the end, I found one more thing that was something I hadn't thought about before. That would be LDAP. LDAP allows Drupal to use the school's existing account management features without adding complexity. As long as the school maintains their LDAP groups externally, then Drupal will gladly accept those groups. This way the school can have some sort of username/password for each student that can be managed through a single central interface. Drupal will just run the user login information against that instead of a local storage. That is a cool way of making the students feel like they are on one large site instead of a group of identical looking sites.

It's pretty easy to see why a Higher Ed tends to adopt Drupal eagerly: it's cheap, customizable, and can be easily integrated with other pre-existing services. All this with no real downside. The sites can look and feel as good as the developer makes the site. It is as easy to use as the school has it configured to be. 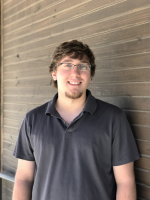 Tips for Translation in Drupal 6 Websites

No More Excuses for Ineffective Websites