If you were at the first-ever statewide DrupalCamp in Texas this weekend, that's awesome! As part of the team that helped organize this camp, I loved what we were able to accomplish. We organized TexasCamp to bring together the Drupal community from all over the state of Texas to teach, learn, connect, and collaborate.

It was all Drupal everything, especially in the week leading up to the event! As part of the team, we spent months of planning and finding the right venue (only to have to change it a month before the camp). The logistics that went into planning an event this large was enough to drive us a little insane.

I don't think I've ever spent so much time with my co-workers as I did last week, but it was worth it. We put together an event that was meaningful and helpful to all of those that believe in Drupal and the Open Source community.

Kendall Westbrook, or Kwest as we like to call her, was the genius behind booking Michael Meyers, VP of Developer Relations for Acquia. If you didn't catch his keynote, you can watch it below. His keynote speech was pretty inspiring and gave everyone on the team validation on why being involved and contributing back to the Drupal community is important.

Instead of posting endless pictures here on the blog documenting what happened at TexasCamp, you can look through the Flickr slideshow below. 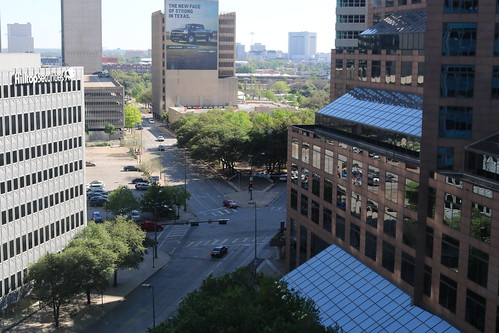 We'll let you all in on a little secret: talks of TexasCamp 2017 are already happening. Can't wait for next year to see all the Drupal Nerds come together again! In the meantime, we'll see you all at DrupalCon New Orleans in May!

About the Author
Felipa Villegas is the Marketing Coordinator at LevelTen Interactive. A writer by trade, Felipa loves to make the written word work by delivering high quality, engaging content to audiences. She leads the LevelTen marketing team in executing demand generation, SEO, Analytic Data Mining and Copy... END_OF_DOCUMENT_TOKEN_TO_BE_REPLACED

The First Ever Statewide DrupalCamp in Texas! TexasCamp 2016

DrupalCamp Austin: First Time for Everything

Design Trends 2016: The Good, The Bad, and The Outdated

DrupalCamp Dallas is Two Weeks Away!